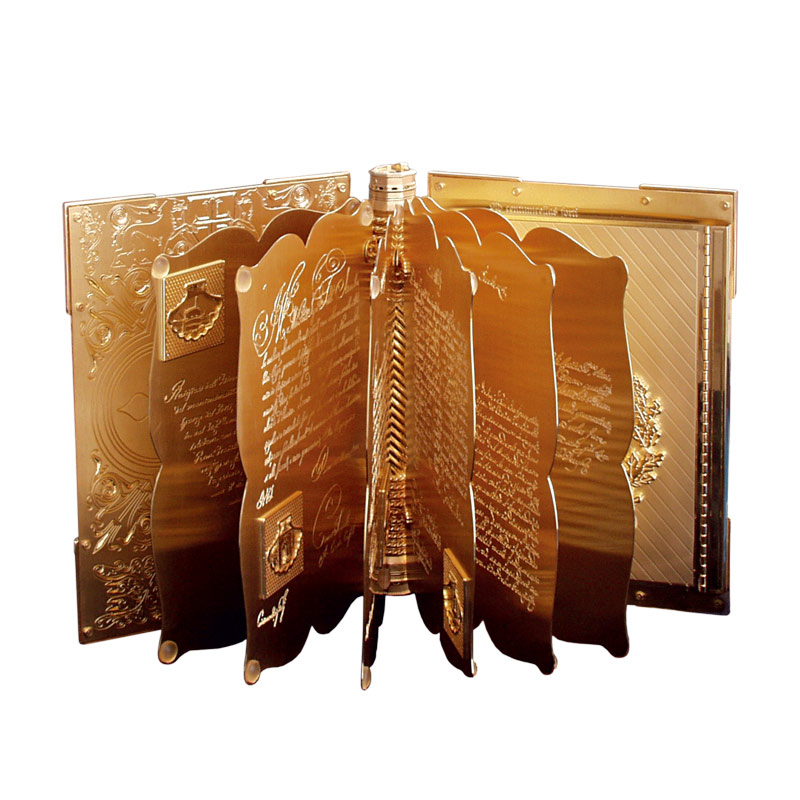 This jewelled book, created and made by the master goldsmith Marco Mancini, represents one of his maximum artistic expressions. A gift to Civitavecchia, the city where he was born, and to its sea-faring traditions. A majestic and great piece of art but also a masterpiece of engineering which is expressed through its mechanisms, the same mechanisms which enable the opening of the pages so as to discover its precious contents.it is guardian to the story of the customs and ancient traditions of the city and so creating an indissoluble relationship between the artist and his beloved city.
For this occasion an event was organised in the frame of Michelangelo’s fortress, an ancient fifteenth century Building which stands in the port of the old city. The master goldsmith ‘’Rosmundo Giarletta’’, goldsmith at the court of the Principality of Monaco, and the then ambassador ‘’Henri Fissore’’ were present at the event. A historical union between two great artists, becoming brothers in the art thanks to their inexhaustible passion for the goldsmith’s art.